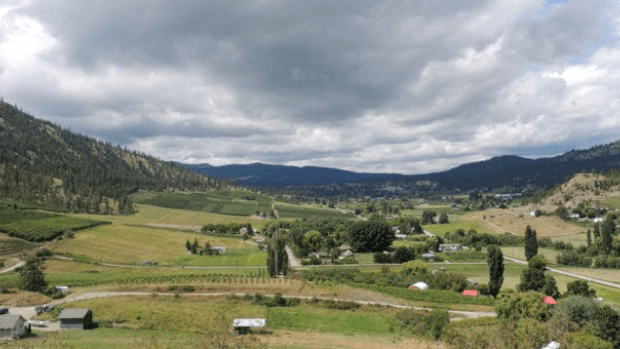 This right here is great.

Except of course for the fact that he stole a truck to drive west, broke into a ranch and spent the day living comfortably in its confines before the resident came home and found Hiscock.

"He had started a fire in the fireplace and prepared himself a meal. He said he had been driving by and the door was open, so he came in.

..."The accused appears to have done some laundry. He also fed the cats and put out some hay for the horses," Wong said. "He used (the residents') toothbrush and shaver, he had taken some meat out of the freezer to thaw and he had written in their diary."

Yes. That's right. He even found the residents' diary and wrote in it.

In beautiful proof that the law can sometimes work for the people, the court released his one diary entry.

"Today was my first full day at the ranch," he wrote in the diary. "I fed the cats and horses. So much I can do here I have to remind myself to just relax and take my time.

"I don't feel alone here, I guess with 2 cats and 3 horses it's kinda hard to be alone. Last night I had a fire in the house. It was so (peaceful). I slept like a little baby.

I saw a picture in the basement on the wall of a man holding and weighing fish on a boat. Looking at him I realized we look a lot alike, but I think I'm more handsome."

They did not release either a picture of Hiscock or a the picture of the man weighing the fish, so we cannot confirm or deny whether Hiscock is more handsome. Although that question will keep us awake at night.

The story has a kind of happy ending, since he was only given probation by the judge.

Hiscock, who has no prior criminal record, apologized in court.

"I made a lot of mistakes," he said. "There's really no excuses for it."

He was still beaming about his brief stay at the ranch.

"Beautiful ranch," he said. "Gorgeous. I was driving and I just turned in. Beautiful place."

Judge Chris Cleaveley placed Hiscock on a one-year probation term with orders barring him from contacting the residents of the ranch and the owner of the Ontario truck.

But his future prospects look less than ideal.

"I really have nowhere to go," he said... "The woods is a good place, I suppose. There's a lot of fish out there."