A new campaign called "Freedom to Serve, Freedom to Marry" -- whose debut video will give you chills -- takes aim at the Defense of Marriage Act and its impact on gay and lesbian military families. The video follows the devastating trajectory of a lesbian relationship when one of the women serves in Afghanistan.

Evan Wolfson, the founder of Freedom to Marry, one of the organizations behind the campaign, spells it out for us:

Many people assume that, with the repeal of "Don't Ask, Don't Tell," gay men and lesbians serving our country are now being treated fairly and equally, but that's not the case. We ended the ban on open military service for gay and lesbian Americans, but there is still federal ban on treating married service members as what they are: married. 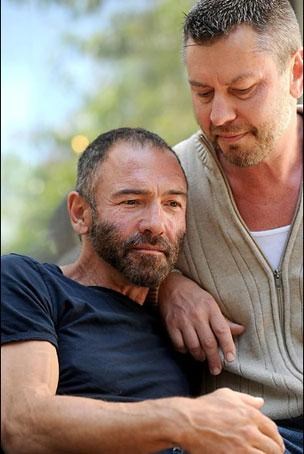