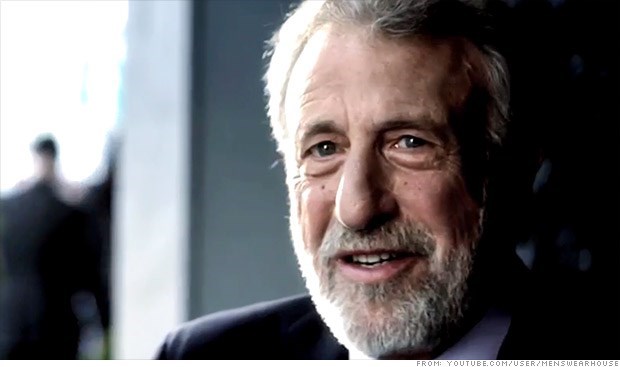 You're going to love the way your feel on weed, he guarantees it.

Men's Warehouse founder George Zimmer has come out in favor of marijuana legalization in a big way, admitting that he regularly partakes of the drug that has seen sweeping support over the past few years.

He called the war against marijuana "the biggest con ever perpetrated" in an interview with CNBC:

"I've been smoking marijuana on a regular basis for about 50 years," Zimmer said to CNBC, before joking, "As you can see, it's really impacted me in a negative way."

Zimmer gave the keynote speech Friday at the Cannabis World Congress & Business Expo in Los Angeles, pushing for legalization. "Everybody in the country knows what the truth here is, except the 535 people we elect to make these decisions in Washington, D.C.," he told attendees. "It's astounding."

He's throwing his support behind an initiative to legalize recreational marijuana in California next year, just as he supported the proposition that failed in 2010. No matter what form legalization might take, Zimmer said, "I think it's important that we protect limited home cultivation without any government licensing, so whether it's one plant or 10 plants, I don't know, but I think that's very important."

Who knows how much leverage he can throw in the ring for the issue as a living meme, but he'll surely give it all he's got. Unless he gets distracted by some mild psychoactive drug.