We don't know about you, but we brought out the popcorn for Michael Cohen's hearing yesterday. The whole shebang was more entertaining than watching a Disney movie while on acid, and we've got the memes to prove it. 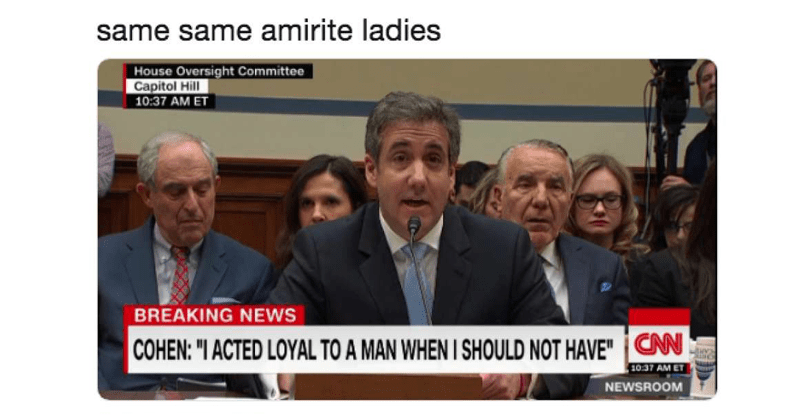 Test of the Day: Can This iPhone 7 Survive the Most Corrosive Acid on Earth

Taking several crystals of Fluoroantimonic Acid and dropping them on a working iPhone 7, TechRax tests if the phone can withstand the acid for a day. The acid begins to eat away at the casing but does little to destroy the phone's battery. so The host then adds some hydrogen peroxide and sulfuric acid. Things get fun from there.

The results and the strength of Apple’s phone are very surprising, especially considering that most people break their phones by dropping them in the toilet. The phone actually turns on in the end, but what the acid does to this thing physically is really cool.

If You Attend a Monster Truck Rally on Acid, You're Going to Have a Bad Time

This bold day tripper shoves two tabs of acid down his throat before showing up to cover a Monster Truck rally for VICE's 'On Acid' series. Suffice to say, Dr. Gonzo would've approved. After all, 'when the going gets weird, the weird turn pro.'

Also, how terrifying are those snow-cone mugs? In what universe would someone want to drink some rainbow slush out one of those?