Self-Aware Athletes of the Day 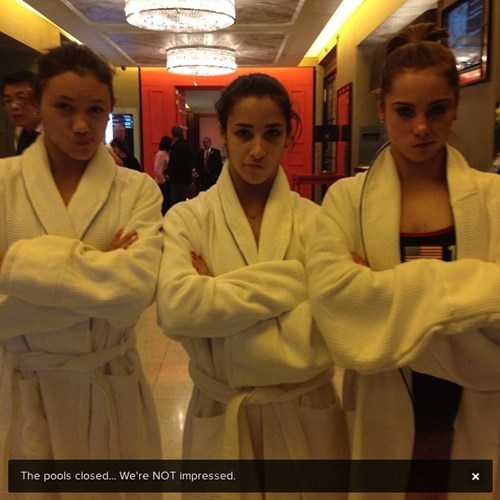 Olympic Parents of the Day

U.S. gymnast Aly Raisman's parents were the ones to watch during Sunday's Olympic coverage -- and luckily their hilarious roller-coaster reactions to their daughter's bar routine were caught by NBC's cameras.

Sidenote: Raisman scored a 14.166 on the event, which helped qualify her for Thursday's all-around finals.