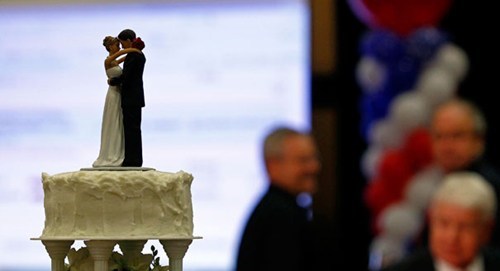 To the bitter disappointment of equal rights advocates across the country, North Carolina voters passed a constitutional amendment late Tuesday that bans marriage between same-sex partners. Amendment One passed with 61 percent of the vote -- or 1.3 million residents in favor.

And it's worse than you think -- the amendment doesn't merely ban gay marriage. The legislation is among the most conservative in the nation, leaving no room for legal recognition of civil unions or domestic partnerships.

President Obama's North Carolina spokesman says the president is "disappointed" by the outcome of the election, but declined to elaborate. Obama is scheduled to sit for an interview with ABC News today, "during which he is likely to discuss his 'evolving' views on the issue," according to the New York Times.