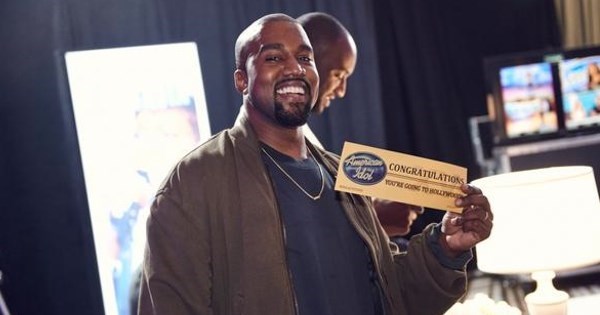 Kanye's got a golden ticket.

The rapper and his wife, Kim Kardashian, made a surprise appearance on the set of American Idol at the show's San Francisco auditions.

West was in town for a Democratic National Committee fundraiser when he stopped by for an impromptu performance.

He's going to Hollywood! Kanye West swung by to audition for our judges and of course, he got a golden ticket!! 😁 #IdolAuditions

Obviously he's not an actual contestant, but he's sure to give the show a little bump in the ratings department. Or maybe a first campaign appearance?