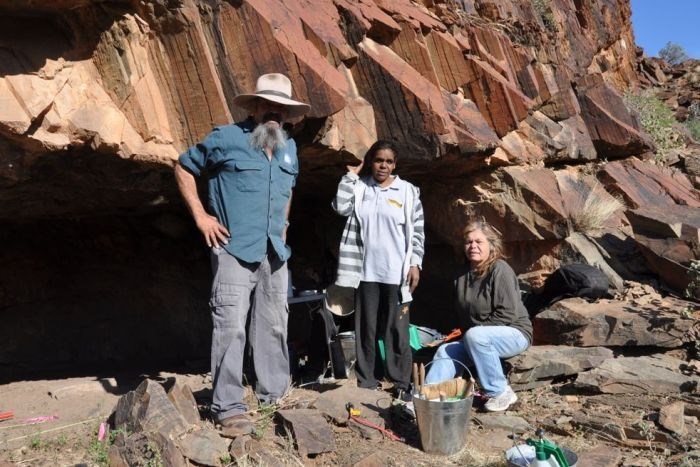 Via The ABC
Repost
Recaption

“You better go before we leave because we’re not stopping.”

Sounds like a fair warning before a road trip, but it’s that kind of authoritarian driving that keeps people from discovering the oldest settlement in Australia. Sound crazy? It’s not.

ABC reports that an Australian man, Clifford Coulthard, looking for a bathroom stumbled across 49,000-year-old evidence of Australia's oldest human settlement. So next time someone tells you that they can’t stop because they’re “making great time,” remind them that there are ancient civilizations to be uncovered.

via Make a Gif

"A man getting out of the car to go to the toilet led to the discovery of one of the most important sites in Australian prehistory,” said Giles Hamm, an archaeologist and PhD student at La Trobe University.

“The site, known as Warratyi, shows Aboriginal Australians settled the arid interior of the country around 49,000 years ago,” says ABC. “Some 10,000 years earlier than previously thought.”

Coulthard and Hamm were surveying gorges in the area when they made the discovery, so it helps to kind of know what you’re looking for. Regardless, the excavations at the site have been successful, thus far. The crew has found 4,300 artifacts and 200 bone fragments dating back 46,000 to 49,000 years ago.