Fair to say that Neil deGrasse Tyson wasn't ready for Bill Nye to come in there and tease his lengthy rant about how consciousness doesn't exist. 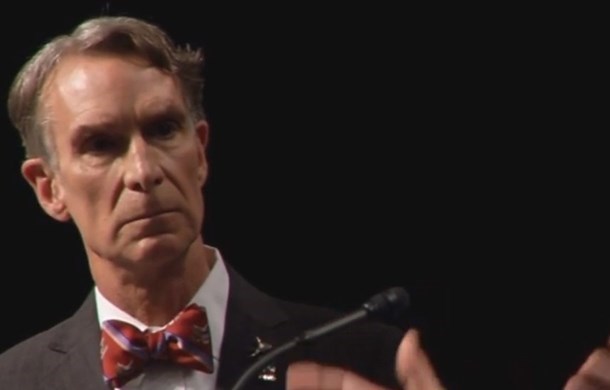 Photoshop Battle of The Day: Bill Nye Has Never Been so Cool

BILL, BIILL, BILL, BILL! Bill Nye—science guy, bow-tie enthusiast and international bad*ss. When the Internet got ahold of this gem of a photo, Bill Nye became infinitely cooler than he already was... 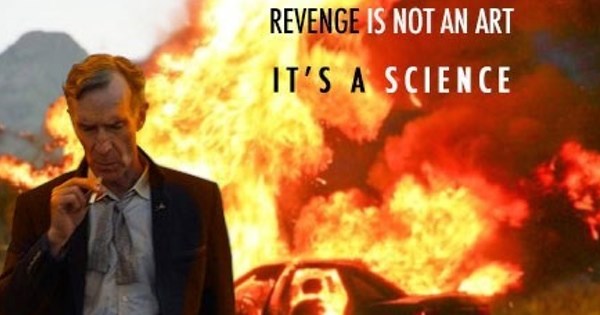 Exasperation of the Day: Bill Nye Has Just Had It with Backwards Reproductive Legislation

"I'd really encourage you not to tell women what to do and not pursue these laws that really are in nobody's best interest. We have other problems to solve. Come on."

We usually think of notable scientist as a pleasant, friendly guy who's more than happy to explain climate change to us with the help of emojis.

But this video released by Big Think Sept. 22 shows a Bill Nye that's just barely holding it together. The subject of his frustration is the current legislation trends with regards to reproductive rights and the belief that life begins at conception.

He has to correct his tone several times as he tries to point out the faulty logic, bad science and the fictitious basis for legislation which is setting back the pace of access to reproductive health services and taking rights away from women who should have the most say over their future.

He manages to keep it together and provide a cogent appeal to lawmakers.

Celebrity Guest of the Day: Bill Nye Appears on 'Whose Line is it Anyway'

Bill Nye appeared on Whose Line is is Anyway and showed that this Science Guy has some serious comedy chops.

With fan favorites, Ryan Stiles and Colin Mochrie, the trio played a game where Stiles' hands were provided by Mochrie. And they were all in space because duh—science.

Things got hilarious very quickly, with Bill Nye having to taste some of the "space food."

Ryan ended the skit on this final gross note.

Mean Tweets of the Day: Bill Nye Subjects Himself to the Internet's Ire

In aid of a Kickstarter looking to make a documentary about him, Bill Nye stared into the eye of a troll storm and read mean tweets about himself.

It seems a little strange to help promote a movie made by someone else that will document your life, but it's another chance to see the unflappable and entertaining Nye in action.

He's been all over new(er) communication technology lately, mostly seen in a string of explainer videos that use emojis to illustrate the specifics of scientific phenomena.

Keep doing what you're doing Bill Nye and don't let those mean tweets get you down.

Photo of the Day: Bill Nye in 9th Grade 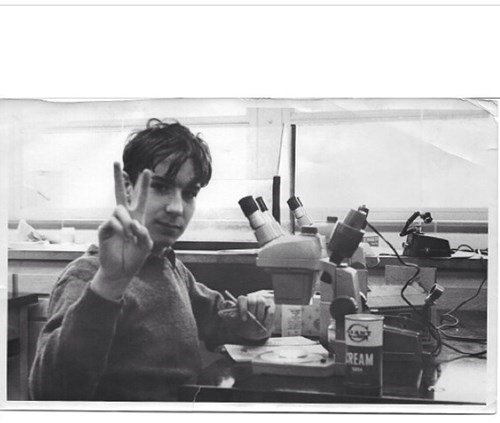 In case you missed it, Bill Nye and Ken Ham debated yesterday at the creation museum over creationism. You can watch the entire debate yourself here. During and after the debate, both sides took action on the internet saying what they believe and poking fun at the debate. 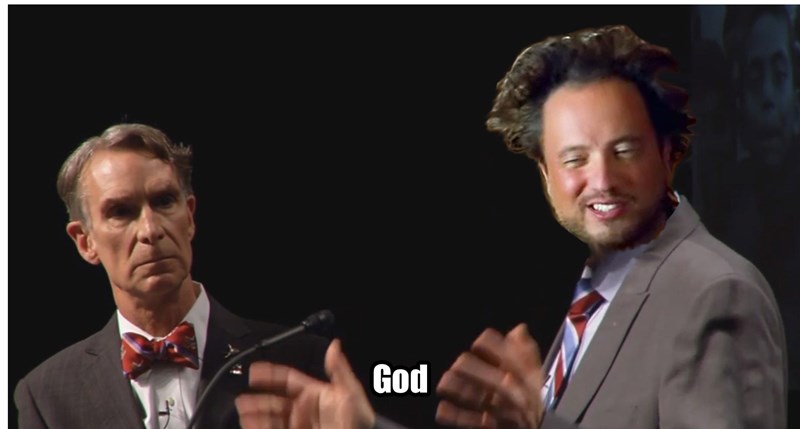 Bill Nye Needs Your Help of the Day

The last thing anyone wants is to make Bill Nye upset.

Help us explore the stars and become an advocate for science today! 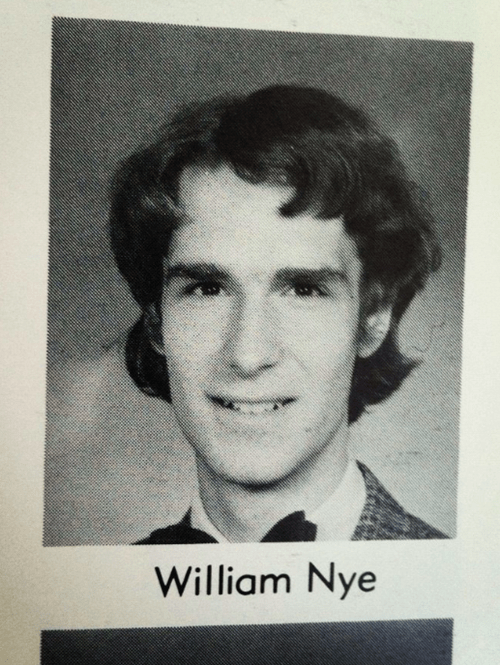 Bill Nye's Warning To Parents of the Day

Bill Nye, the knower of all things, is out with a new video in which he encourages creationist parents to embrace their "crazy, untenable, inconsistent" world view -- just so long as they don't force it on their offspring:

If you want to deny evolution and live in your world, in your world that's completely inconsistent with everything we observe in the universe, that's fine, but don't make your kids do it because we need them.

We need scientifically literate voters and taxpayers for the future. We need people that can... we need engineers that can build stuff, solve problems.

Beleaguered CNN didn't do itself any favors recently when host Carol Costello "welcomed" Bill Nye the Science Guy to a segment about fire and climate change:

If you Google your name, 'Bill Nye,' you're the kooky guy who doesn't know what he's talking about... You want to defend yourself?

His response is gold.