A man that looks like Bradley Cooper, but isn't, has been spotted causing trouble at Sundance this weekend by using his uncanny looks to crash a party for a film.
This might be him, having a great time as the celebrity he always knew he should be: 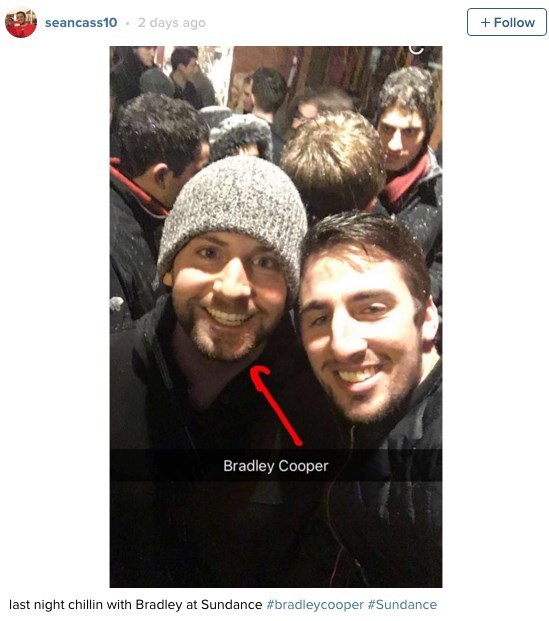 According to a bystander who spoke to Page Six about the incident, he made quite a scene as he was escorted out:

“He said, ‘You’re done for!’ and would not give ID,” said a spy of the “star” when he was confronted by security. “He pushed a button on an iPhone and had a picture of ‘The Hangover’ as his screensaver.”

Irony of the Day: Bradley Cooper Disproves Louis C.K.'s Comment About the Audience of "Inside the Actor's Studio"

It was all just leading up to that climactic scene in the Oscar nominated "American Hustle."

Bradley Cooper is a struggling novelist who passes off an abandoned manuscript as his own, to great acclaim. But when the true author (Jeremy Irons) is revealed...