Going though a tough breakup or know someone that is? Or just can relate to breakup memes just because? 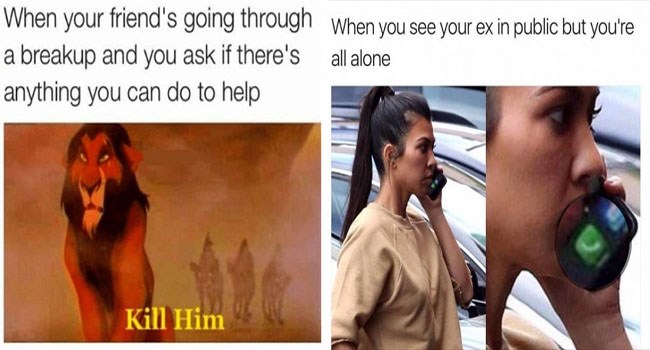 Tell All of the Day: Kermit the Frog and Miss Piggy Explain Their Break Up to Jimmy Kimmel

It didn't quite break the Internet when Kermit the Frog and Miss Piggy broke up ahead of their television show return, but it caused everything to slow down for a little bit.

And even though we didn't know the exact cause, we've had continued exposure to the unfolding drama. For instance, we all couldn't believe it when Kermit quickly rebounded.

And so it was with heavy hearts and uncomfortable awkwardness that the pair come on Jimmy Kimmel Live Sept. 21 to explain more about what led to the rift in this beloved couple.

So watch and maybe you can get a little more perspective how love can go wrong between two muppets.

Breakup of the Day: No, It's Not Gwen Stefani and Gavin Rossdale 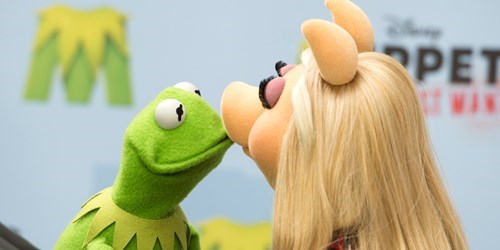 "Where were you when you heard about Kermit and Miss Piggy?"

This will be the question we all ask ourselves when discussing the unforeseen and public break up that announced the two muppets decided to take a one way trip to Splitsville, Aug. 4.

In a shocking Facebook move, Miss Piggy laid out the whole of the reason the famous couple chose to call it quits, thus invalidating all the close relationships in your own personal life. Here is the official statement from @RealMissPiggy and myself regarding our relationship: pic.twitter.com/uHCSsokqWR

Now, we know what you're thinking. This could just be some publicity stunt for the sake of the upcoming Muppets show, for which Miss Piggy shamefully shills in her break up message. Maybe you're right and maybe love is not an impossible concept.

i didn't realize Kermit and Miss Piggy were still together

Kermit and Miss Piggy were broken up in the presentation made available to the public weeks ago. #NotNews [And they're felt blobs.]

It's just a rough day all around after hearing about Gwen Stefani and Gavin Rossdale filing for divorce after 13 years of marriage. Of course, that is a little sadder since they were, you know, real people.

For nearly four years, Jonathan Mann has been writing and recording a song a day. Two days ago, he and his girlfriend of five years, Ivory, chose to announce their breakup via song and dance. Oh, hipsters.