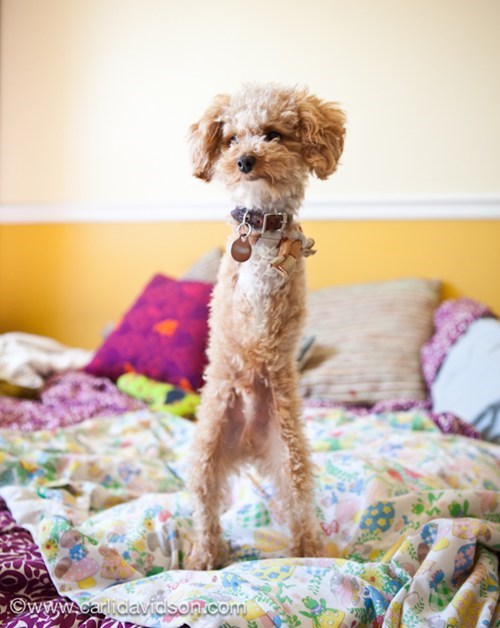 Meet Ramen Noodle, a teacup poodle puppy who's managed to thrive despite losing his front legs, and who is the subject of a new photo series by famed animal photographer Carli Davidson, known for past series Shake, Fetch, and Pets With Disabilities.

He was probably a mill puppy, inbred to achieve his tiny size. When he was 8 months old, his first owner brought him to the vet, with a broken arm. Unfortunately, the owner did not properly care for his injury, she didn't come back to get the cast checked until nine weeks later. At that point, to no one's surprise, the arm was nearly eaten away by gangrene. By then, Ramen Noodle was listless and refused food. It was a wonder he survived.

A second injury cost Ramen his other front leg; this time he jumped of a chair and broke the bone. Again, one of the effects of interbreeding dogs for small size is weak bone, so his single teacup poodle arm broke so badly it could not be mended. While Jaime was devastated, Ramen surprised everyone and bounced back.

"Ramen gets around the house on his hind legs," Jaime says. "I've watched him run at full-speed for toys, and to play with other dogs, he is essentially unrestricted despite his lack of front arms. ... it's like it never happened." 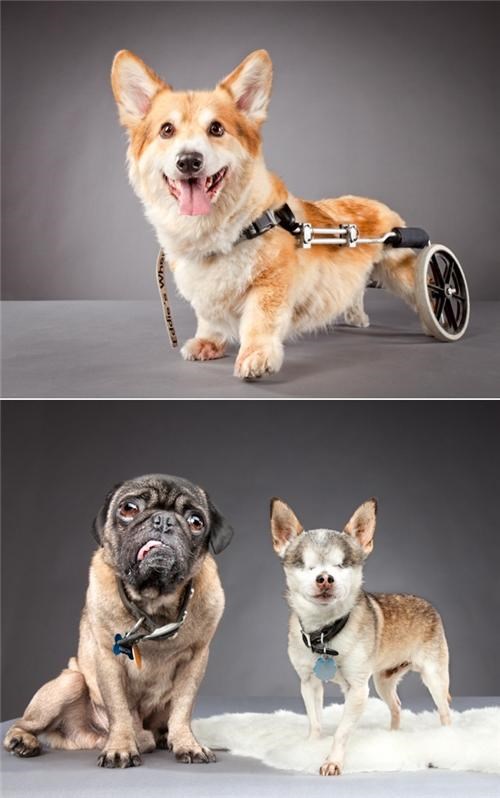