Flood of the Day: Caskets Are Rising to the Surface in South Carolina's Rain 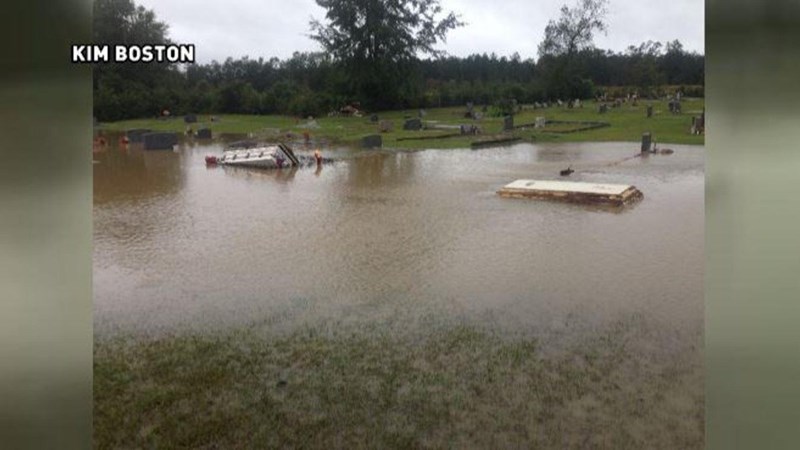 South Carolina is getting a lot of rain, you guys.

The last reports have it that parts of the state has received 25 inches, causing nine deaths.

It's a lot of rain. So much so that caskets have begun to rise out of cemeteries, buoyed by the immense amount of water.

Keep SC in your prayers.We have caskets floating due to the flood and several of us have lost our homes #Prayer #SC pic.twitter.com/rp9SsbgCUd

This is obviously very traumatic, but it also poses a health risk with the release of volatile chemicals and gases that might be harmful.

President Obama declared a state of emergency for the state on Saturday. The rain will end soon, but the troubles seem to be only starting for the beleaguered areas.