Ogre of the Day: Chris Farley's Original Voice Acting for Shrek Leaks to the World 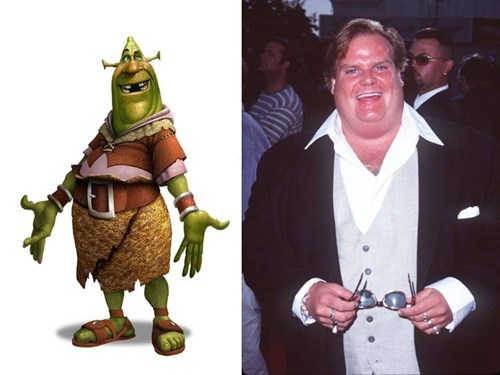 Did you know Chris Farley was the original choice to voice Shrek?

Well, it's true. Unfortunately, the comic actor died after finishing most of the dialogue for the first film, leaving what work he did lost in Hollywood's basement.

That is until a short video of Farley's acting over Shrek storyboards leaked its way onto Reddit Aug. 5.

The video shows a less wacky, more down-to-earth character, which just makes the whole thing so much sadder.

Originally the Shrek character was a little bit more like Chris, like a humble, bumbling innocent guy. I understand why [they replaced him]. hey probably wanted to make Shrek 1, 2, 3, 4, 5, so… The studio needed to do what they needed to do. It was a bad time, bad timing… a tragedy. Mike did a great job with Shrek. He knocked it out of the park.

Chris Farley died of a drug overdose in 1997. He's had something of a revival in the past few months, with the release of I Am Chris Farley, a documentary about his life.