This Is All Kinds Of Right of the Day 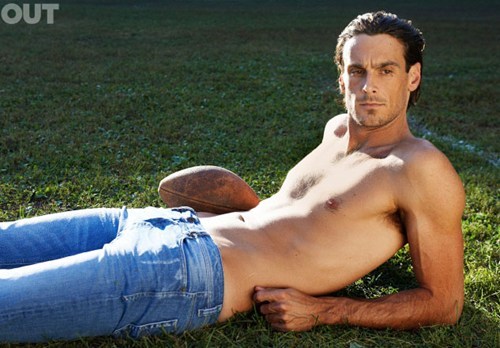 Via Out
Repost
Recaption

Minnesota Vikings punter Chris Kluwe made headlines in September when he penned the most perfect letter ever to a Maryland politician who opposes gay marriage.

Now Kluwe, who is straight and married, has gone even further in his support of gay marriage.

In addition to posing for the latest cover of leading gay lifestyle magazine Out, tonight Kluwe will debate against Minnesota's proposed marriage amendment (which defines marriage as between one man and woman).

Unfortunately, it looks as though Kluwe will debate an empty chair -- amendment supporters Congresswoman Michele Bachmann and former Viking Matt Birk both declined his debate invites.