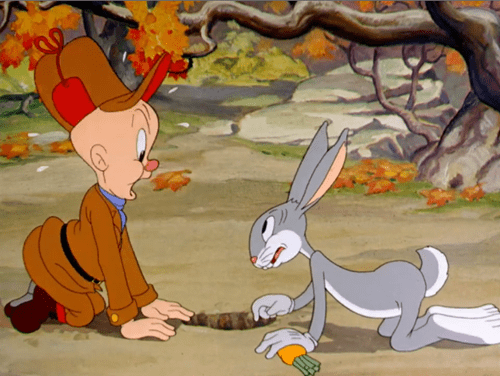 Bugs Bunny first peeked out of his rabbit hole 75 years ago today.

The first 'official' Looney Tunes cartoon featuring the wascally wabbit is called A Wild Hare and it was released on July 27, 1940.

Many of the long lasting traits, typical in the character, were there from the start of A Wild Hare. The carrot, "What's up, doc?" and the swagger can all be seen from the beginning.

Go ahead and watch it again, even though you've probably seen it many, many times.

A Wild Hare would end up getting nominated for an Academy Award for Best Short Subject: Cartoons, but it lost to a cartoon entitled The Milky Way.