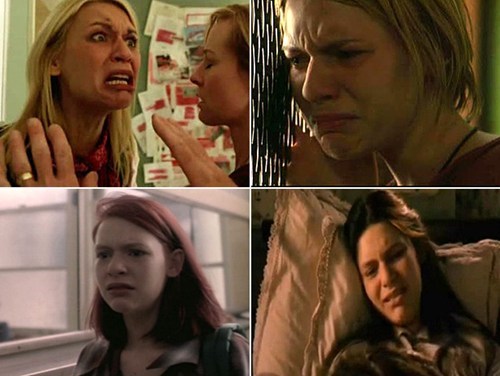 Best use of Pinterest we've seen yet: a dedicated collection of the actress' best sob moments -- with GIFs! -- from My So-Called Life to Brokedown Palace to Homeland.

Homeland returns for season 2 in September, and the main theme looks to be discomfort -- former POW Nick Brody, played by Damien Lewis, will balance the seemingly mutually exclusive interests of a Senate seat and links with Muslim extremists.

"He'd like to think he's in control of his own destiny, but he won't be," Lewis said of his character. "Essentially, he's everybody's btch. He's pretty f*ked."