Cocktail of the Day: Scientists Found a Comet With Sugar and Alcohol in It 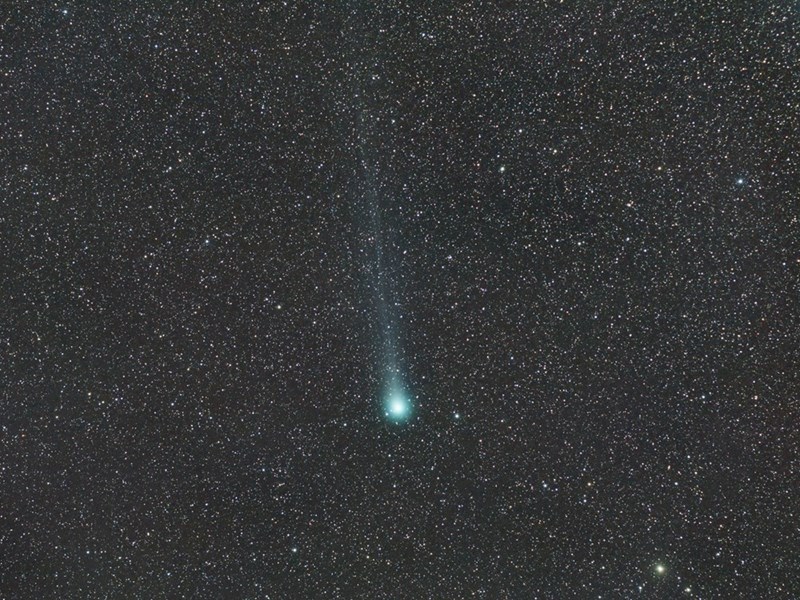 Scientists believe that comets are the leftovers of the beginning of our solar system. They look at comets to see if they can find any clues to how it was made. This comet, named Lovejoy, is unique because it is carrying ethyl alcohol (the kind you can drink), a simple sugar and 19 other organic types of molecules.

There's enough alcohol on that comet to fuel a giant party but scientists are excited for another reason. This comet seems to support a theory that some of the molecules on earth came from comets crashing on the surface. Scientists are hoping to find a comet with the same kind of organic molecules that allowed life to start on Earth.

History was made Wednesday when the European Space Agency successfully landed a spacecraft on a comet for the first time ever.

"We are the first to do this - and that [achievement] will stay forever." said Jean Jacques Dordain, Director General of ESA. The comet, 67P/Churyumov–Gerasimenko, orbits, the sun every 6.45 years. It is 2.1 miles wide by 2.4 miles long.
Rosetta first launched in 2004 to research the comet, and it didn't arrived at its destination until this past August. On Wednesday morning, Philae first separated from the probe to attempt a landing.
Researchers are hoping to learn more about the origins of the solar system and whether or not comets could have brought water and life to Earth. Watch an ESA animated explanation of Rosetta's journey to the comet and it's surface mission below.
The comet has also been emitting a strange "song" into space, which has surprised scientists.

"The scientists think it must be produced in some way by the activity of the comet, as it releases neutral particles into space where they become electrically charged due to a process called ionisation. But the precise physical mechanism behind the oscillations remains a mystery."

But it's obviously aliens trying to communicate with us, right? Hopefully the message isn't "Warning: Do not land on this comet."
Advertisement
WIN!
Favorite