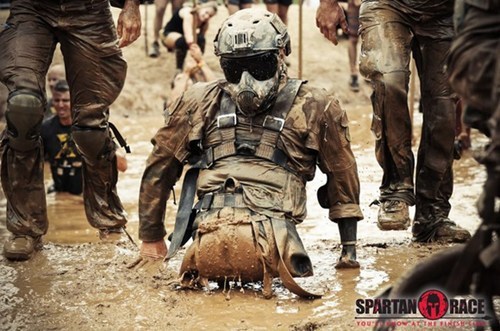 Cpl. Todd Love was left with just one limb after an explosion in Afghanistan in 2010.

But the 22-year-old wasn't about to let a few amputations stop him from competing this past weekend in the Beast, a brutal race that covers 10.5 miles of muddy, rugged terrain. Though Love's seven teammates helped him a bit along the course, he managed most of the more than 75 obstacles along the way on his own.

Love's goal was "…to push [myself] in all things physical, proving that overcoming obstacles isn't just something you attempt, it's something that you embrace."