Reboot of the Day: Resurrecting the 90s Continues with the Return of 'Married...With Children' 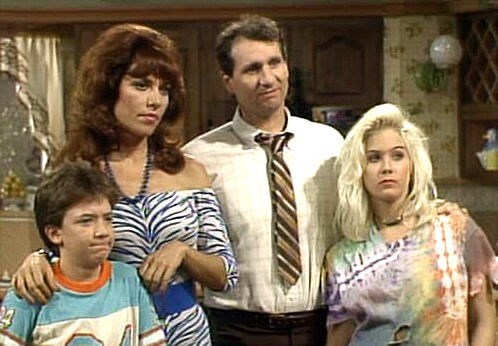 David Faustino, or the only one of the Married...With Children cast who has not continued to have a publicly successful career, has begun teasing return of the 1990s show.

"Sony has it. They're excited about it. They're working out some legal issues that we hope they work out.

The whole cast, including Christina, is down to do little bits in it. The idea would be a pilot for a spinoff. That's all I can say right now. It involves me and few other people."

Chrisina Applegate, who played the bombshell daughter Kelly said to E Online, "All of us have said we would all be there for [Faustino]."

Jeeez, it all just sounds pandering at this point. It's like Faustino is trying to make 'fetch' happen.

But if it does happen, it would primarily be because our culture continues on its exhaustive crusade to resurrect every particle of what was popular in the 1990s and see if we will still laugh when we try to make the exhumed corpse dance for us.

We've got X Files coming back in January, the Full House reboot and Xena Warrior Princess.

Not to mention the inexplicable return of Coach.