Boss Demands Demolished Office, Gets More than That

There's a right way and a wrong way to demolish an office, and it's looking like these guys took the wrong way. Maybe they shouldn't have taken their boss's orders so literally, or could have planned better. Either way what they got was a big headache. This one didn't come down on anyone, but it's not uncommon for a boss to orchestrate their own downfall. 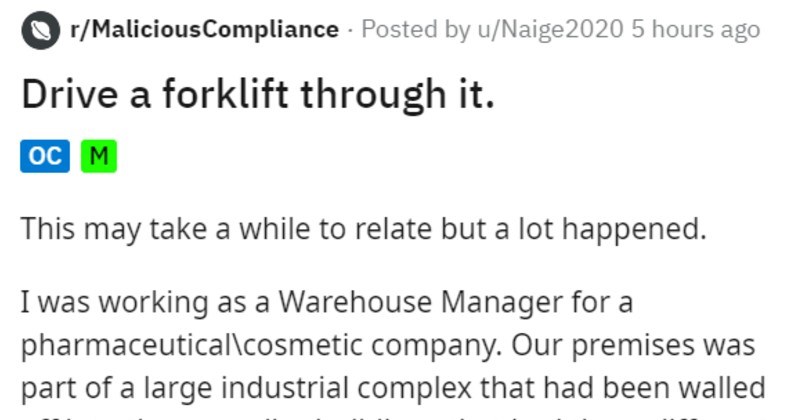 A Texas woman was surprised to find that her duplex had been demolished without her knowledge or consent.  She was in the process of trying to fix up the structure after being hit by a tornado around Christmas time but now it looks like they'll have to rebuild instead.

The demolition crew says that an error in Google maps made them think this was the right home, even though it was clearly the same house number on the wrong street.

The CEO of the demolition company refused to go on camera but according to WFAA 8, he told a reporter that the mistake was "no big deal".

Bad Timing of the Day: This Dog its Causes Owner to Miss Out on a Demolition

Via funnyviralvids14
Repost
Recaption
The Daily What
Favorite

Close Call of the Day: A Man's Quick Reflexes Saves Him From Demolition Debris