Response of the Day: Sorority Has the Classiest Comeback After MLB Announcers Mock Selfie-Taking Squad 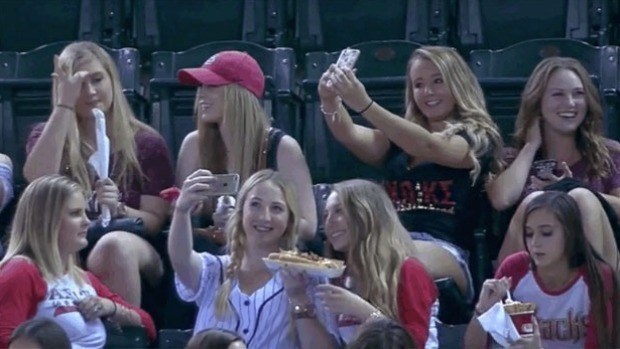 They offered the sorority free tickets to an upcoming game in hopes of making everything square, showing there were no hard feelings.

In a classy response, the sorority publicly thanked the organization, but said the tickets would be better used for a charity. They also brought attention to the fact that October is Domestic Violence Awareness Month and invited people to donate toward protecting families.

Alpha Chi Omega at Arizona State University would like to thank the Arizona Diamondbacks and Fox Sports for reaching out...

Posted by Alpha Chi Omega at ASU on Thursday, October 1, 2015

But also, ladies, we all know that selfies have killed more people than sharks this year. So, please capture your experiences responsibly.