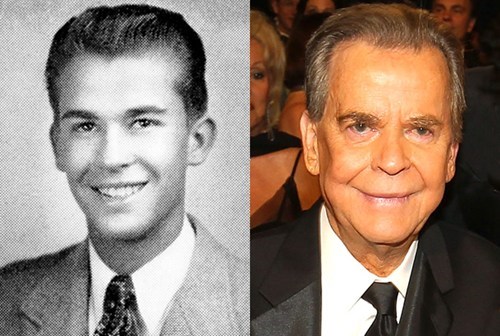 According to the Museum of Broadcast Communications, Dick Clark Productions has turned out more than 7,500 hours of television programming, including more than 30 series and 250 specials, as well as more than 20 movies for theater and TV. His success landed him Emmys, Grammys, induction in the Rock 'n' Roll Hall of Fame, and a star on the Hollywood Walk of Fame.

Clark had long been known for his departing catchphrase, "For now, Dick Clark... so long," delivered with a military salute, and for his youthful appearance that earned him the moniker "America's Oldest Teenager."

"If you want to stay young looking," he once said, "pick your parents very carefully."

Clark is survived by his third wife, Keri Wigton, and three children.