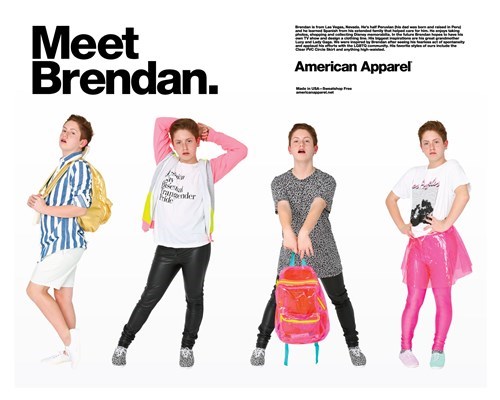 This kid is really going places.
After winning the world over with his Lady Gaga inspired dance moves in the background of a live TV news broadcast, Brendan Jordan is now a model at American Apparel.
The company explains its decision in the ad:

We were inspired by Brendan after seeing his fearless act of spontaneity and applaud his efforts with the LGBTQ community. His favorite styles of ours include the Clear PVC Circle Skirt and anything high-waisted.

He now has 37k Twitter followers and was recently interviewed by Queen Latifah.
Jordan also launched an entertaining Youtube series following his viral moment, answering fan Q&A, discussing his coming out process and - in the most recent video (below) - showing off his American Apparel Black Friday haul.

Background Diva Kid of the Day

The girl next to him has no clue how to react.