Creepy Ex-Lover of the Day 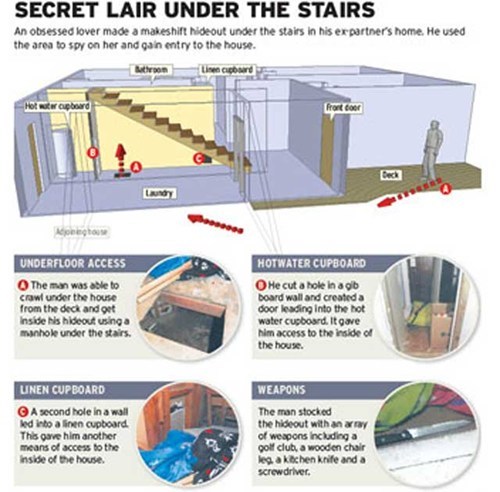 A New Zealand man was sentenced to three years and seven months in jail for multitude of convictions stemming from spying on his ex-partner. The man, whose name has not been released, built a fully-stocked hideout in his ex-lover's home, complete with peep holes and trap doors. He was caught after attacking a visiting male with a spade on April 1st.

In the understatement of the year, the sentencing judge admitted the offending man wasn't the first person to become "unhinged and obsessed" over a breakup, but declared his actions "completely inappropriate."