Say What Now Brownie of the Day 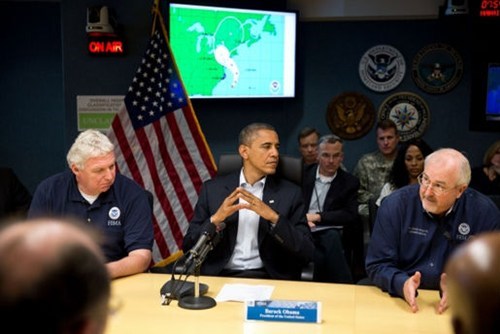 Remember Michael Brown, the former head of FEMA who pretty much failed at everything possible during Hurricane Katrina? Here's what the local radio host had to say about President Obama's handling of Sandy, in particular his decision to hold a press conference Sunday, before the storm made landfall:

Here's my concern: People in the northeast are already beginning to blow it off. ... [New York City Mayor Michael] Bloomberg has shut down the subway... [launched] evacuations. ... I don't object... they should be doing all of that. But in the meantime, various news commentators... [and others] in New York are shrugging their shoulders, saying, "What's this all about?" It's premature [when] the brunt of the storm won't happen until later this afternoon.

My guess is, he wants to get ahead of it -- he doesn't want anybody to accuse him of not being on top of it or not paying attention or playing politics in the middle of it. ... He probably could've had a little more impact doing it [Monday].