flight of the conchords

Flight of the Conchords Are Going on Tour With New Material 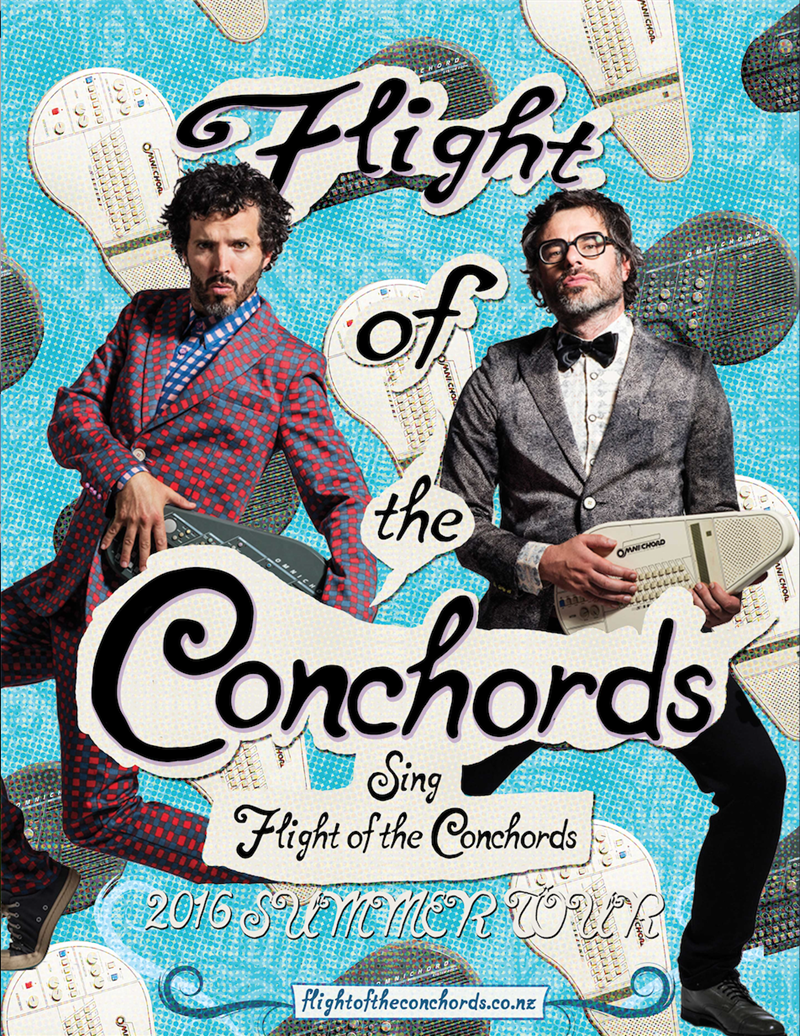 The Flight of the Conchords are going on tour. It appears that this is more than a reunion tour, according to the website details:

Even if you're not a fan, you may have heard of Bret McKenzie and Jemaine Clement. Their careers in the States really took off after the HBO TV show 'Flight of the Conchords' based on their comedic two-man band. This is very exciting news for fans. Although they've mentioned a movie in the works, according to Wikipedia they haven't gotten together for a Flight of the Conchords performance since 2012 as part of a Red Nose Day charity video from New Zealand:

Flight Of The Conchords New Single of the Day

The Conchords are back, and as if that isn't good enough, they're on a mission to help sick children. Bret and Jemaine interview some adorable New Zealand kids, enlisting their aid to write a new song.

Go to 5:05 to see the resulting tune, Feel Inside (And Stuff Like That). Buy the single on iTunes, and support a good cause.