Forbidden Love of the Day 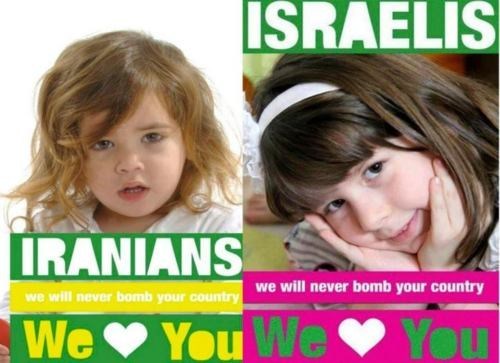 An outreach initiative started by two Israeli graphic artists aiming to bridge the sociopolitical divide between Israel and Iran by sending out simple messages of love is yielding promising results.

According to Israeli paper of record Ha'aretz, "Israel Loves Iran" began attracting responses from Iranian Facebook users over the weekend, and more are being added every hour.

"My Israeli friends, I do not hate you; I do not want war. love, Peace," read one such pacific missive from an anonymous Iranian contributor. Many of the Iranians participating in this campaign have chosen not to identify themselves for fear of arrest or other reprisals.

Still, the message is being heard loud and clear -- and the campaign's creators want to ensure it gets louder and clearer.

They've turned to the crowd funding site indiegogo for assistance in taking "Israel Loves Iran" to the next level: Print ads, billboards, and an unignorable spot overlooking Times Square.