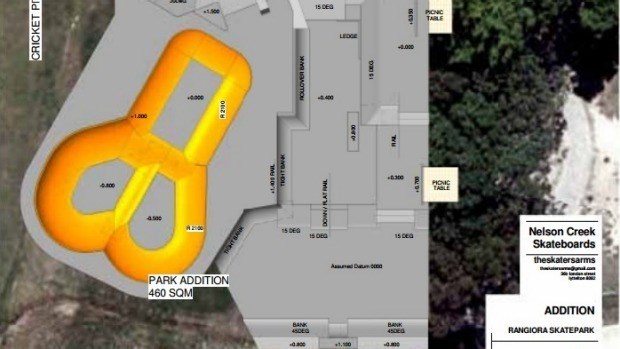 This is the third design attempt in a project to revamp a skate park in New Zealand that has locals and the designer at odds. The designer, Dave North, says that the design was not intentionally shaped like a man's privates to spite the local skaters who have disapproved of his previous design submissions. He told Stuff that it wouldn't be so obvious once it was constructed:

It's not the first penis-shaped bowl... it's symmetrical and functional, and you can't tell it looks like a penis unless you're looking at it from space.

Some residents are concerned with the skate park being known as the skate park with the peculiarly shaped features. One commenter points out that it's a good design, although his argument does sort of support that fear:

Actually this is a very functional design, much like the one in Nelson, which is a blast to carve up. Yes my kids call it the "willy" bowl, but who cares.

Sure it looks bad from above but maybe it's not as obvious from another angle. 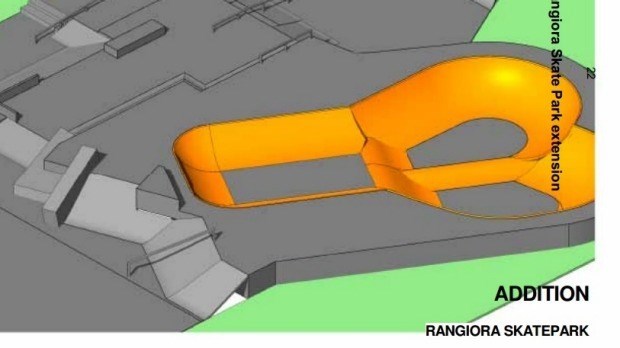