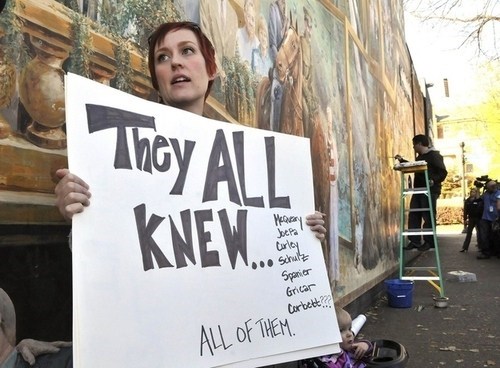 Finally, the Freeh report has been released -- you know, the independent, months-long, damning inquiry into the Jerry Sandusky case we've all been waiting for?

The most powerful men at Penn State failed to take any steps for 14 years to protect the children who Sandusky victimized. Messrs. Spanier, Schultz, Paterno and Curley never demonstrated, through actions or words, any concern for the safety and well-being of Sandusky's victims until after Sandusky's arrest.

Need more info? The Daily Beast has a rundown on the potential legal implications of the report; what the fallout looks like for the Penn State football program; and whether proven or alleged victims might come forward now that the report has been made public.