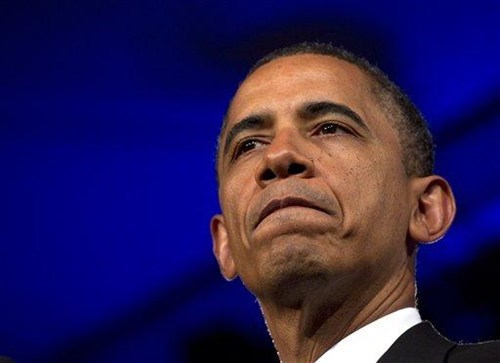 President Obama has publicly announced his support for gay marriage in an interview today with Robin Roberts.

I have to tell you that over the course of several years as I have talked to friends and family and neighbors when I think about members of my own staff who are in incredibly committed monogamous relationships, same-sex relationships, who are raising kids together, when I think about those soldiers or airmen or Marines or sailors who are out there fighting on my behalf and yet feel constrained, even now that "Don't Ask Don't Tell" is gone, because they are not able to commit themselves in a marriage, at a certain point I've just concluded that for me personally it is important for me to go ahead and affirm that I think same sex couples should be able to get married.

Obama, who is the first U.S. president to openly back gay marriage, had come under fire this week for remaining mum on the subject after Joe Biden and Arne Duncan publicly declared their support. The president's announcement comes a day after North Carolina voted in favor of a constitutional amendment that bans marriage equality.

Awesome Vice President of the Day

Vice President Joe Biden may be a public grump who bares a resemblance to wrestler Bob Holly, but he certainly isn't afraid to speak his mind. As is the case this morning, while Biden was on Meet the Press, he made some pretty strong comments regarding marriage equality:

Who do you love? Who do you love and will you be loyal to the person you love? And that's what people are finding out what all marriages at their root are about. Whether they are marriages of lesbians or gay men or heterosexuals.

While President Obama has come out in support of civil unions, Biden is the highest ranking official to endorse marriage equality.