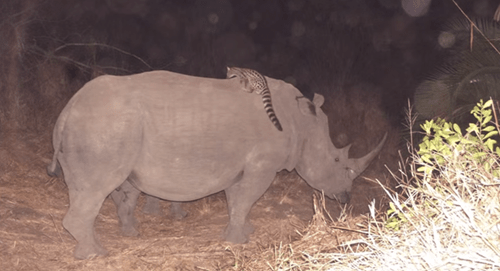 In South Africa, cats are just hopping on rhinos for the ride.

Check out this, probably very rude, kitty letting the rare black rhinoceros do all the work:

OK, OK, it's not exactly a cat. Rather, it's an animal called a genet. Genets are merely cat-like animals that are actually more closely related to mongooses. 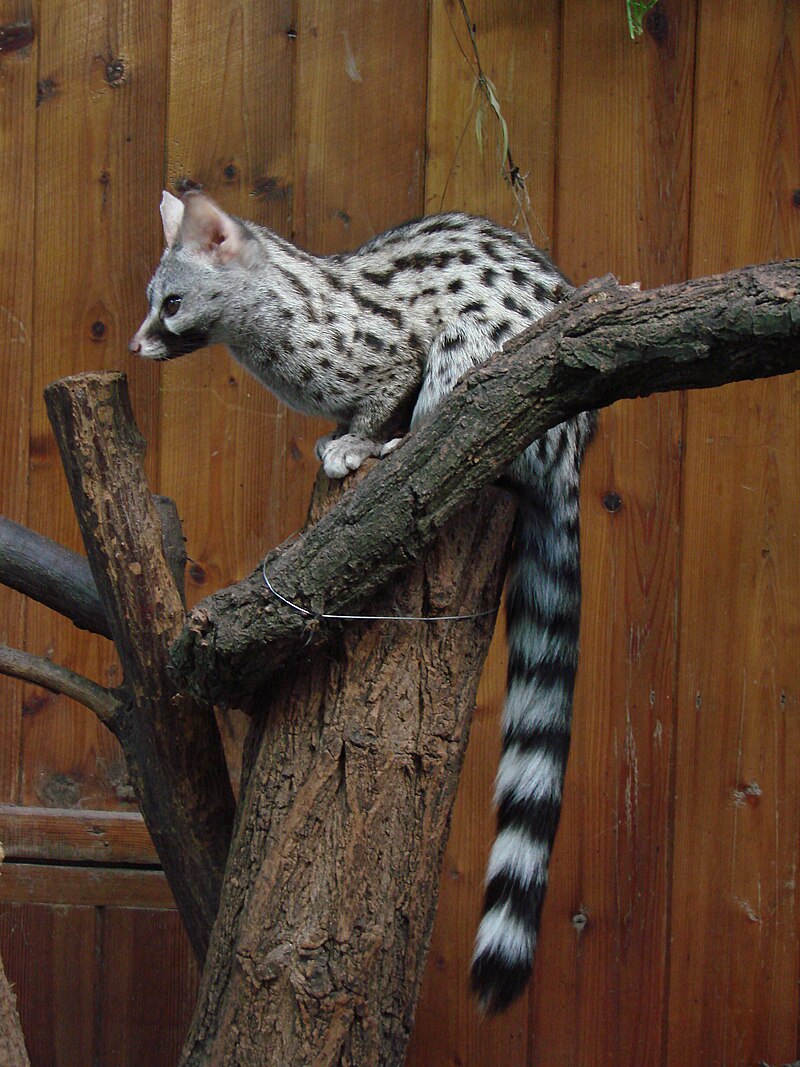 National Geographic gives an expert opinion of just what in the hell that cat genet is doing up there:

For one, the genet eats insects that the rhino stirs up from the grass, the same technique cattle egrets use on grazing mammals. Sholley says it's also possible the nocturnal genet was searching for ticks that latch onto rhinos and buffaloes.

The rhino also offers the nocturnal, tree-dwelling animal a vantage point from which to scan for their prey, which includes anything from a dung beetle to a baby antelope.

Perching on a large, slow-moving animal could be a great hunting technique—until that animal-turned-lookout gets fed up.

Yeah, either that, or genets just have places to be and Uber hasn't rolled out to South Africa yet.