Awareness of the Day: A Massachusetts Police Department Will Arrest People in Pink Handcuffs this Month. For Breasts. 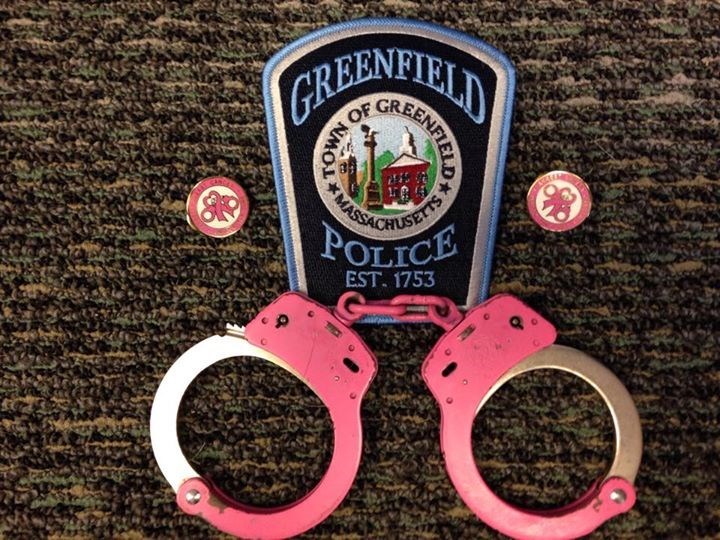 Getting handcuffed while promoting breast cancer awareness. That's the dream.

Well, that's the dream of the Greenfield Police Department in Greenfield, Massachusetts. They are getting all pinked out for Breast Cancer Awareness Month and thought that should extend to their handcuffs.

They're really excited about it and posted it on their Facebook page:

October is National Breast Cancer Awareness month. While most people are aware of breast cancer, many forget to take the steps to have a plan to detect the disease in its early stages and encourage others to do the same.

Many of our community members, including some of our own friends and family members, have been affected by breast or other types of cancer.

Officers of the Greenfield Police Department have "gone pink" in order to raise awareness for the disease! All of our officers have changed their collar pins, which were blue and white state seals to pink and white pins which states "ARREST BREAST CANCER - UNLOCK THE CURE" surrounding a pink ribbon and a pair of handcuffs. Some of our officers have even replaced their on duty silver handcuffs with pink ones and will be using them during the course of their work day.

Hmmm. It seems like it could be hard to unlock the cure if they need to use those same locks on criminals.

Surely it's well-intentioned, but using a method of detainment to promote early detection and cancer research seems damn strange. 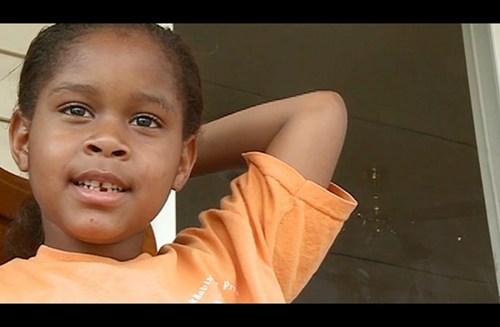 Salecia Johnson might have thrown the mother of all temper tantrums at a Georgia elementary school last Friday: The 6-year-old allegedly pushed fellow students, threw items off a teacher's desk, tore material from the walls, tried to bite a doorknob, and tossed a small shelving unit (which struck the school's principal in the leg). But when a police officer tried to calm Salecia down, she "pulled away and actively began resisting and fighting with me," reported the cop -- so, naturally, he handcuffed her and tossed her in the back of his squad car.

Salecia has since been released to her family -- who, naturally, are pissed. The girl's aunt, Candace Ruff, picked her up at the police station, where Ruff said Salecia was in a holding cell and complained about the steel handcuffs. "She said they were really tight. She said they really hurt her wrists," Ruff said. "Call the police, is that the first step?"

Police defended the cuff-and-stuff, saying Salecia was "placed in handcuffs for her safety. When a person is put in handcuffs, it's for their safety, it's not a punishment."