Optical Illusion of the Day: Shadow of a Hanged Man Appears on a British Street Corner Where People Were Once Hanged 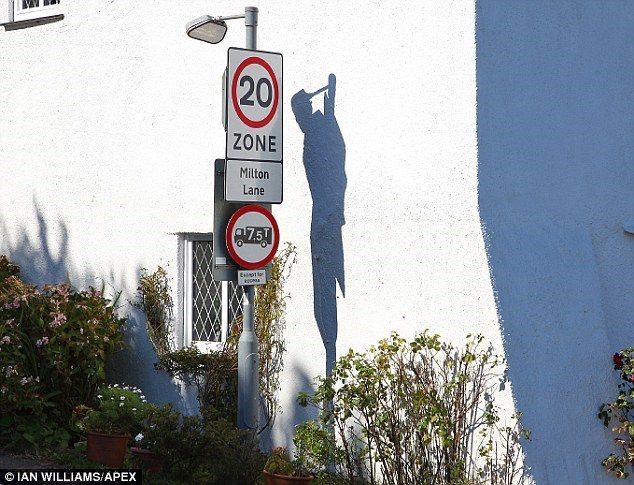 Tomorrow's Oct. 1 and the spooky is starting.

The Daily Mail has found photos of street signs that make a shadow that appears to look like a man being hanged.

What makes it super weird is that gallows once stood on that very spot in the Middle Ages, or at least that's what some people claim. The illusion is seen at a spot called Dead Man's Cross in Dartmouth, Devon, where criminals were hanged in the 13th Century.

Pictures of the shadow at a crossroads between Milton Lane and Waterpool Road have gone viral after being shared on social media.

...Paula Johnston said: 'Definitely not Photoshop. Many locals, including myself, have been to the spot and looked for ourselves. 'It appears on a house opposite the crossroads known as Dead Man's Cross.'

A spokesman for Dartmouth Museum said hangings were common at Dead Man's Cross in the 1400s.