Fish Story of the Day: Alabama Hunters Catch Huge, 920-Pound Alligator, And It was This Big... 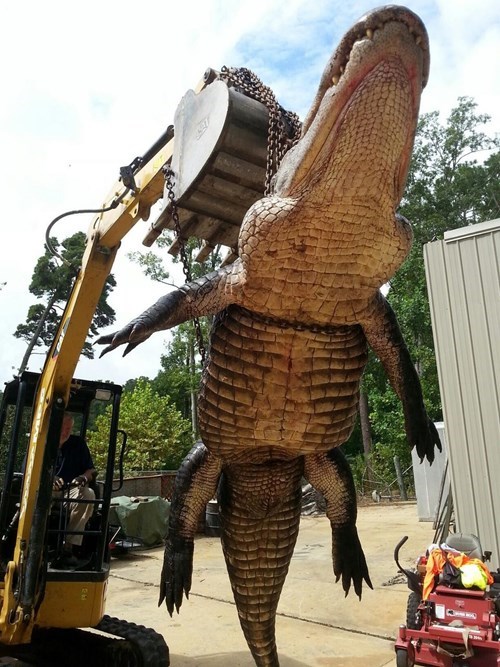 If you're looking for something to do on a nice Alabama summer evening, you might as well go hunt some alligators.

That's what these men did and on the first night of hunting season, they landed a record 920-pound, 13 and a half foot beast.

As FOX sports tells it:

It's believed to be the second heaviest alligator ever hunted in Alabama behind a 1,011.5-pound gator caught last year that set a world record at 15 feet and nine inches (that gator cheated, though, with approximately 115 pounds of that coming from a deer in the gator's stomach).

As all of you are probably wondering: What the hell do you do after catching a 920-pound alligator? Here's a gif of it as well:

If they decide not to eat that massive beast, we've got at least one other idea:

Tribute of the Day: Disney Animator Drew a Stunning Homage to Cecil the Lion 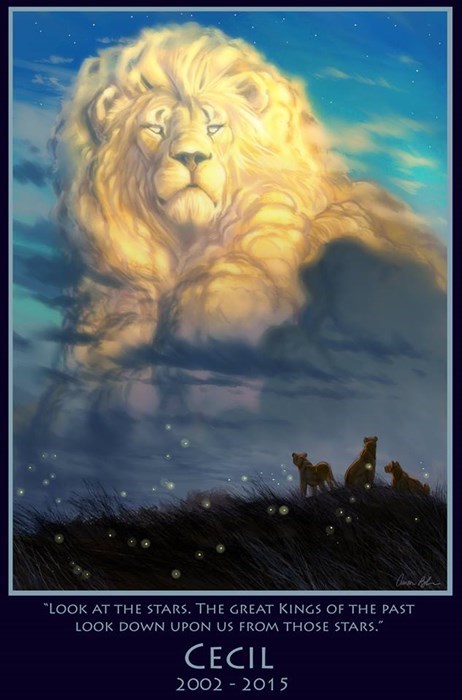 It has brought outrage, protest and sadness from people like Arnold Schwarzenegger to Jimmy Kimmel.

Artist Aaron Blaise, who worked as a Disney animator on The Lion King, Aladdin, Beauty and the Beast and more, wanted to find a way to express his feelings about the death of Cecil.

Like many people around the world, I was extremely moved by the recent tragedy surrounding the hunting and killing of the beloved lion know as Cecil... As you may be able to tell I am a HUGE animal lover an it drives me crazy when I see these beautiful creatures destroyed for no good reason. In fact, I've decided to get personally involved and hopefully our efforts can help educate people and prevent these horrible things from happening in the future.

As some of you may also know I was one of the animators on "The Lion King" – When I heard the news about Cecil I got inspired to create a tribute image. It's not much but hopefully it will make people think.

Blaise has documented much of his life as a conservationist, filling his website not only with his art, but also with pictures enjoying the animals of the world.

If you want to see how Blaise made this work of art, he compiled a video to show the process.

A Hunter Uses a Coyote Call and Gets a Terrifying Response