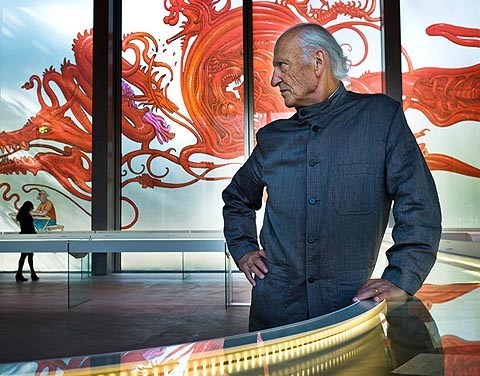 RIP: Jean Giraud, better known as the influential French comic artist Moebius, passed away yesterday at the age of 73. He had been battling cancer for some time.

Giraud leaves behind a legacy spanning multiple generations: From his Harvey and Eisner Award-winning Western comic series Blueberry, through his acclaimed Silver Surfer miniseries, Parable, to the genre-defining conceptual artwork he contributed to such modern sci-fi and fantasy classics as Alien, Tron, The Fifth Element, The Abyss, and Willow.

Both Blade Runner and The Empire Strikes Back (as well as other Star Wars episodes) were also heavily influenced by Giraud's unique style, the latter even featuring the artist's design for the Imperial Probe Droid.

"We've lost two great artists," said the French cultural minister, referring to Giraud and his alter ego Moebius. "Through his influence and his dazzling images, he made comic books the 9th art form that has stayed with me throughout my life."