The 19 Kids and Counting star has already admitted to sexually abusing several girls (including his sisters) as a teen and cheating on his wife in the recent Ashley Madison website scandal.

He's now getting sued by adult film star Danica Dillon, who alleges Duggar "assaulted her to the point of causing her physical and emotional injuries" during sex.

If you don't recognize Danica, maybe these photos from her Instagram will help? The adult film star and escort is asking for $500,000 in damages for physical and emotional injuries she says she sustained when Duggar "manhandled" her until she "felt as if she were being raped." 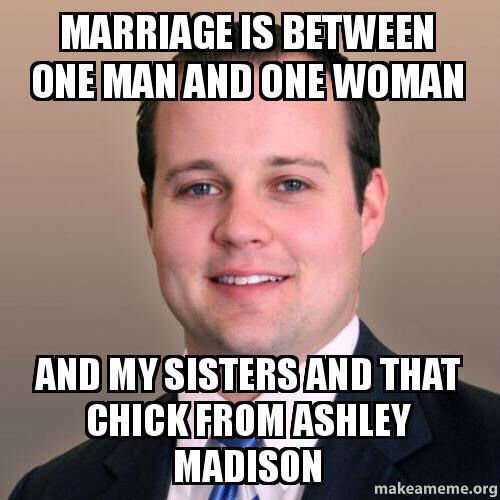