Reconsideration of the Day: What If Daniel was the Bad Guy in 'Karate Kid' All Along?

Some things we just believe to be unequivocally true. Water is wet. The sun rises in the east. Daniel Larusso was the good guy in Karate Kid

Well, what if we've been lied to our entire lives?? This video discusses that possibility and very rightly points out that Mr. Miyagi was a "child-batterer".

It argues that Daniel was the aggressor from the beginning, picked up the feud months after it had ended and enlisted the help of a strange man, hell bent on underage violence.

It gives you plenty to think about regarding this classic movie, but it alway begs so many more questions: Is Santa actually real? Do my parents not love me? Maybe Donald Trump will win the presidency.

In the end, as the video states, "Daniel is granted strength by the demon sorcerer Miyagi."

The sun will probably rise in the west tomorrow.

Well this is terrifying. Not only will our future involve nightmarish robotic hell hounds chasing us through the woods, now we have to deal with robots trained in martial arts as well.

Boston Dynamics, the engineering company Google purchased back in December 2013, has released a new video showing Ian, an Atlas-model, "Agile Anthropomorphic Robot" that can move like the "Karate Kid."

Ian is 6'2" tall, weighs 330 pounds, and using software written by the Florida Institute for Human and Machine Interaction, it can also drive a car.

Atlas is a high mobility, humanoid robot designed to negotiate outdoor, rough terrain. Atlas can walk bipedally leaving the upper limbs free to lift, carry, and manipulate the environment. In extremely challenging terrain, Atlas is strong and coordinated enough to climb using hands and feet, to pick its way through congested spaces.

Wax on, wax off, and be very afraid. 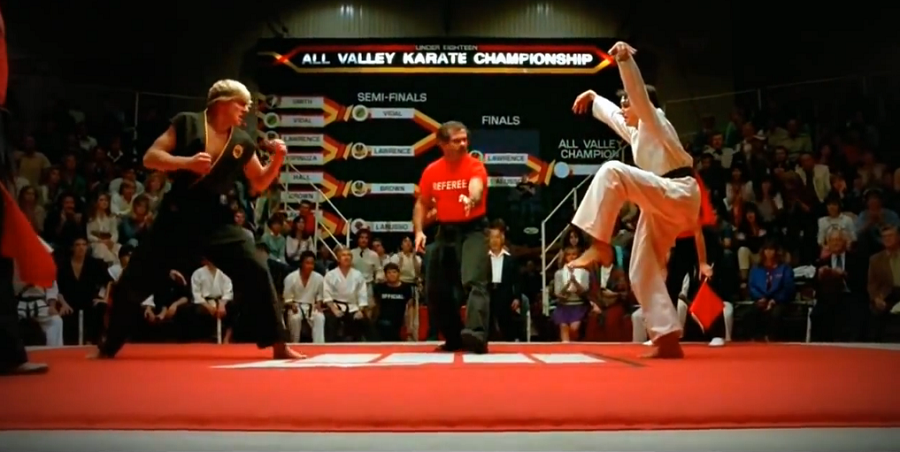