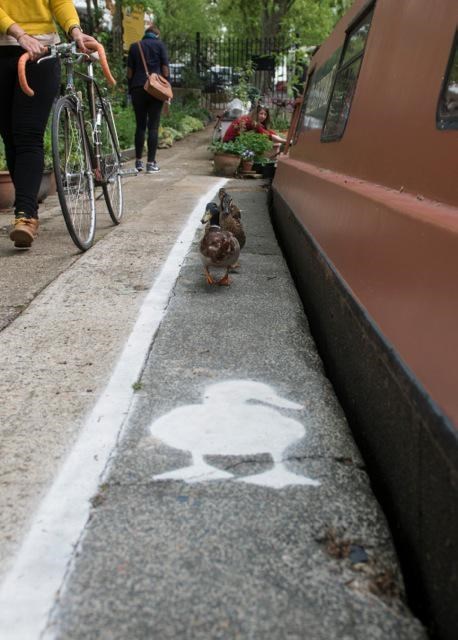 As part of their #ShareTheSpace campaign, Britain's Canal & River Trust have introduced "duck lanes" that run alongside the water's edge, marking out a clear waddling space for everyone's favourite feathered friends.

Obviously, the ducks don't know enough to follow their specified lanes. The lane is more of a reminder to pedestrians and cyclists to be mindful of their feathered friends.

Here's a video that explains more: