Snail Mail of the Day: The White House Launches a Tumblr Showing Letters to the President 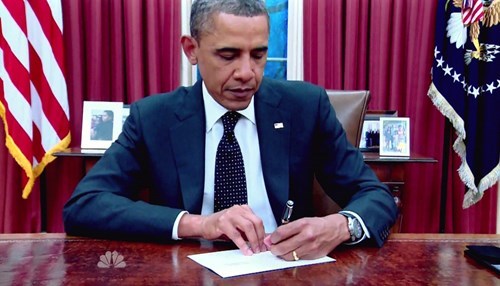 Wouldn't you like to see the letters people send to President Obama? Well now you can see at least some of them.

The White House launched a new Tumblr Aug. 20 with just that intention. It's called letterstopresidentobama and it will feature a selection of the correspondence sent to Obama's desk.

Obviously, many, if not most, of those letters would be pretty critical of the President's executive decision-making, so you can't expect this selection to be altogether representative. However, as they say in the introduction, the hope is to bring attention to the views of some Americans.

Today, the whitehouse is launching a new Tumblr account called "Letters to President Obama," where we'll highlight letters that Americans have written to the President. Follow along here.

Below, Natoma Canfield – a cancer survivor from Ohio – shares what happened when she wrote the President a letter encouraging him to "stay focused" in his efforts to reform America's health care system.

They then shared the letter of a cancer survivor and her appreciation for the President's commitment to affordable healthcare. It'd be super interesting to see the letters balance each other out, to give representation of this increasingly partisan country. Still, the fact that real people are writing real letters is news enough.