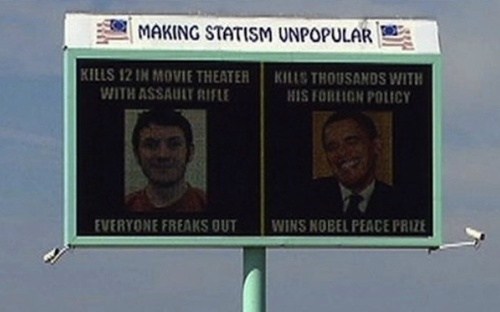 Maurice Clements, who commissioned this billboard outside Boise, ID, to honor the memory of Libertarian Ralph Smeed, says his group is angry at President Obama for not bringing the troops home:

After criticism mounted, however, Clements softened his stance.

That's a technique of trying to make a point, and maybe it was poorly done.