Meanwhile In Norway of the Day 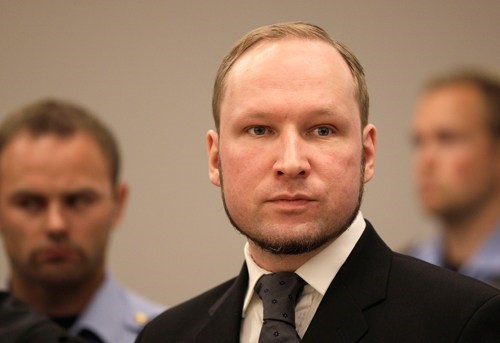 In a move that many in the U.S. might consider a mere slap on the wrist, a court in Norway has found Anders Behring Breivik sane and sentenced him to just 21 years in prison for the 2011 massacre of 77 people at a youth camp on Utoya Island.

The sentence is the most severe Breivik could have received under Norwegian law; it can be extended at a later date if he is still found to be a danger to society (which of course he will be).

"Now we won't hear about him for quite a while. Now we can have peace and quiet," said Per Balch Soerensen, whose daughter was killed in the shooting.