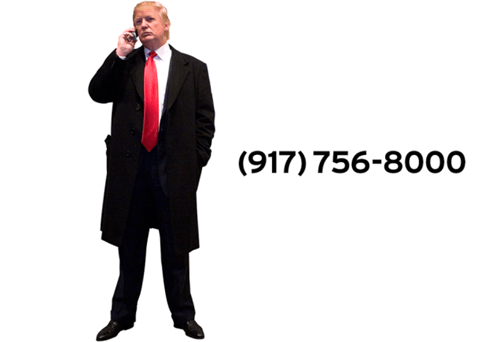 Gawker wants to give Donald Trump a taste of his own medicine.

Not a month ago, Trump thought it would be a cute campaign idea to release the number of his competitor, Senator Lindsey Graham. The personal attack was only one in a string of outlandish stunts performed by Trump on his fiery campaign trail, but it resulted in an equally weird response from the senator.

Gawker decided to enter the ring in this bout of numbers Aug. 3. Somehow, presumably through their secure informant portal, they got a hold of Trump's digit and publicly shared them.

Since Trump, in his considered political judgment, has decided that opening up a direct, personal channel of communications between his supporters and his primary opponents is a noble campaign tactic, we think it's only fair and right that Republican primary voters be able to reach out to Trump himself. If it is the case—as Trump's release of Graham's number implicitly argues—that our political discourse improves when voters can ring up candidates on their private cell phones, then we are happy to add Trump's cell phone number to the body of public knowledge. You can reach Donald Trump at 917-756-8000.

So, you can with that what you will. You can tell him how you dress your cat up to look like him. Or you can thank him for the gift of his Twitter account.

To the democratic process!

Awkward Politics of the Day: Lindsey Graham Destroys His Phone Because Donald Trump

It seems like only yesterday that Donald Trump gave out Sen. Lindsey Graham's actual phone number.

Well, Graham came back July 22 with this cloying video of him destroying a number of phones in answer to Trump's taunting, juvenile move.

The video says nothing about any issues, the campaign, justice, America, et al. Instead, it says everything about what we can look forward to over the next year and a half until the general election silences some of this attention-grabbing nonsense.

Does a 2016 Presidential candidate really still use a flip phone?

Politics in the 21st Century, ladies and gentlemen 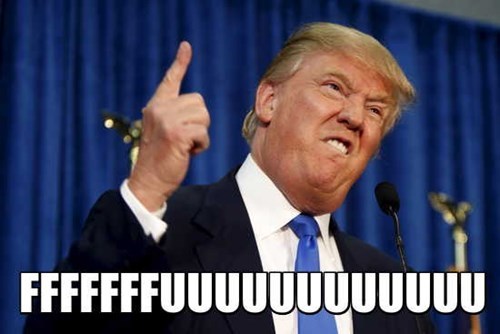 Trolling has never been much of a presidential campaign strategy. That is until Donald Trump entered the 2016 race.

After he got into some hot water over the weekend after saying that Senator John McCain wasn't a war hero because he was captured, Trump decided to dive even further into that hot water July 21. There has been a growing beef between Trump and former Republican Senator Lindsey Graham, another 2016 presidential contender. Trump took things a step further according to NBC news.

Appearing in the home state of South Carolina Sen. Lindsey Graham, who recently labeled Trump "a jackass," Trump claimed that Graham -- whom he called a "lightweight" and a "stiff" -- had once called him to ask for help secure appearances on FOX News.

Brandishing a piece of paper with a telephone number, Trump added: "So he gave me his number, and I found the card! I wrote the number down!"

"Let's give it a try," he suggested to the crowd, reading the number twice aloud to the audience.

Trump acknowledged that the number was several years old and might no longer be in service but added "I don't know, give it a shot."

Apparently, he got the number right.

.@CBSNews can confirm that the number Trump just read out on stage in South Carolina is Lindsey Graham's cell number.

You can watch the whole of the amazing speech right here:

What's even more, this tactic seems to be working for him. Trump has taken the lead in most national polls as the country prepares to ramp up for a very busy primary season starting next February.

Judging by those statistics, he's probably not going to change up his strategies any time soon.