At the end of the European premiere of Star Wars: The Force Awakens, John Boyega announced one final big surprise. Then Nelson's Column, a monument in London's Trafalgar Square, lit up like a lightsaber activating.

The spectacle does look a lot like a lightsaber from far away. 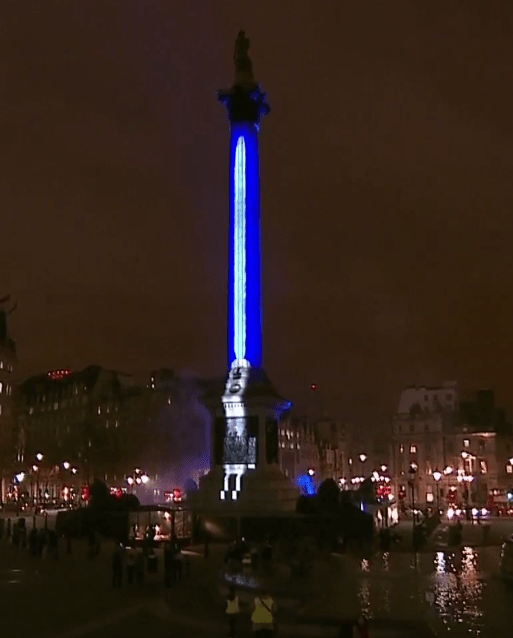 Disney reportedly paid £24,000 for the stunt according to The Telegraph. A few alleged suggestions for publicity stunts that were turned down include strapping lightsabers to Tower Bridge and stationing a stormtrooper outside the Prime Minister's residence at 10 Downing Street.