This Isn't Shopped of the Day 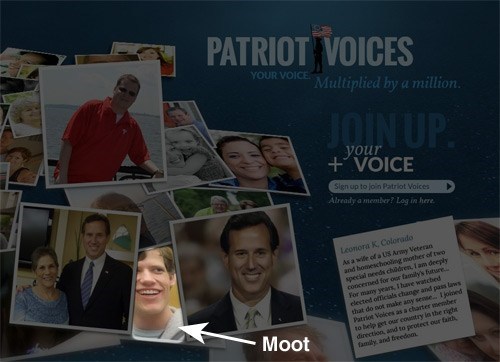 If you go to Rick Santorum's official website, you might find a picture of 4chan founder Christopher Pool (a.k.a Moot) sandwiched in between two photographs of the former Republican presidential candidate. First spotted by a Redditor, the image was soon confirmed as authentic by a spokesperson for the web design firm National Builder, who revealed that the site was designed by a contractor at the political consulting firm Brabender Cox. ... could this have been a clever web designer's intentional ploy to make the website go "viral"?