The Himalayas: a mountain range 1,500 miles long that spans across five countries. From Bhutan to Pakistan, the scenery of the sacred mountains and the surrounding nature is not seen anywhere else in the world. With many of the mountains revered by locals and worshipped as incarnations of gods, it's easy to see how the peaks could be mistaken for something out of this world. Here are twenty five photos of the Himalayas that showcase it's magnificence.

But beware: after reading this article you may have a sudden urge to buy a one-way ticket and a pair of hiking boots. Don't say you weren't warned. 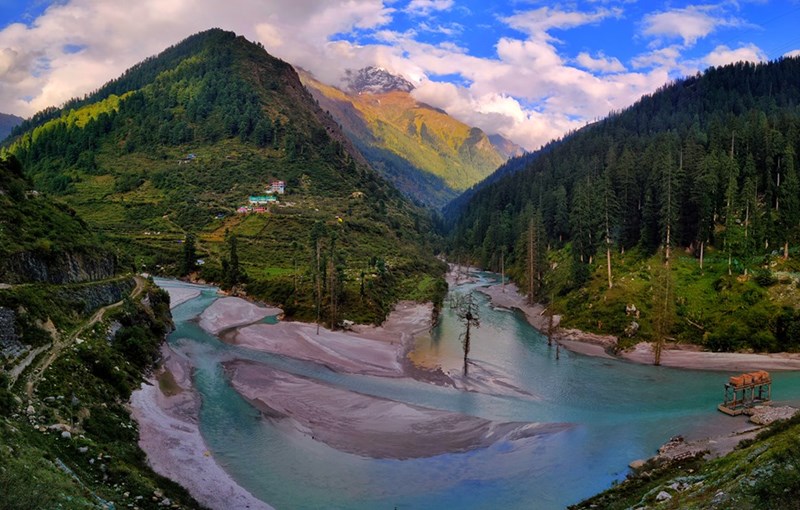 Vertigo of the Day: A Glass-Bottom Mountain Walkway Cracks Under Tourists' Feet 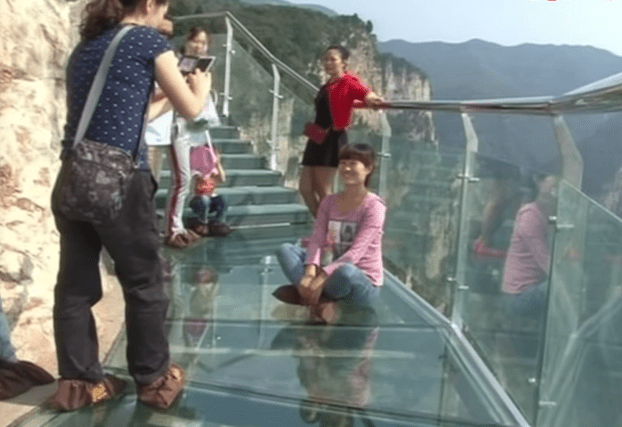 People have a fear of heights for a reason.

A glass walkway around a mountain in China was just opened last month and it's already scared the hell out of some tourists by cracking as they walked on it Oct. 5.

Mashable has more details and the translations:

A section of a new glass-bottomed walkway at Yuntai Mountain Geological Park in Henan Province, China, cracked at around 5 p.m. Monday afternoon, causing the tourists on it to understandably freak out.

Lee Dong Hai, a tourist who was on the walkway, posted on the social media site Weibo: "I was almost at the end and suddenly I heard a sound. My foot shook a little. I looked down and I saw that there was a crack in the floor."

A spokesperson for the Yuntai Mountain tourism bureau told People's Daily Online that the cracks occurred after a tourist dropped a stainless steel mug on the walkway. Only one of a total of three layers of glass broke, so the tourists were not in danger, the spokesperson said.

Here's a video promoting the beauty of the bridge, but downplaying it's apparent danger.