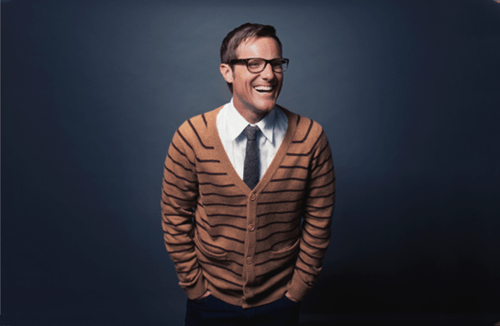 Follow Up of the Day: Danica Russell, the wife of Invisible Children co-founder Jason Russell, has just released a statement concerning the cause of her husband's naked nervous breakdown, which occurred last week near SeaWorld San Diego.

According to Ms. Russell, the doctors who have examined Jason diagnosed him with a condition called "brief reactive psychosis," which she claims is brought on "by extreme exhaustion, stress and dehydration."

Though new to us, the doctors say this is a common experience given the great mental, emotional and physical shock his body has gone through in these last two weeks. Even for us, it’s hard to understand the sudden transition from relative anonymity to worldwide attention -both raves and ridicules, in a matter of days.

The KONY 2012 mastermind will remain under observation for at least the next few weeks. His wife believes he will eventually resume his role with Invisible Children, but says the road to full recovery "could take months."

Despite vehement opposition from residents of Northern Uganda and a formal reprimand from the country's prime minister, IC remains steadfast in its commitment to the heavily criticised Kony 2012 campaign and its "Cover the Night" demonstration, which is still on track to take place on April 20th.