Prank of The Day: Guy Thinks He's Texting Gorgeous Babe, Ends up Being His Dastardly Friend 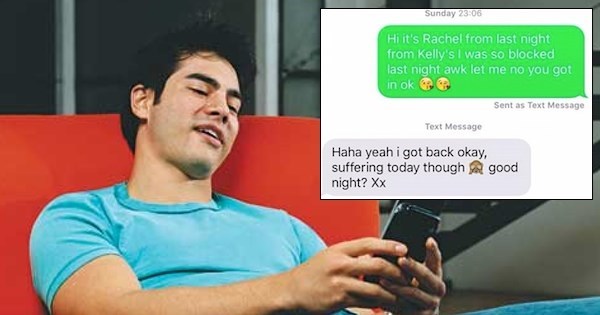 An Irish dude named Ollie was able to trick his friend into texting a girl named "Rachel" for nearly two days, even setting up plans to "Netflix and Chill."

His bud had met Rachel on Halloween night and went home with her. But she never texted back.

She had finally reached out, he thought. WRONG.

It was just Ollie.