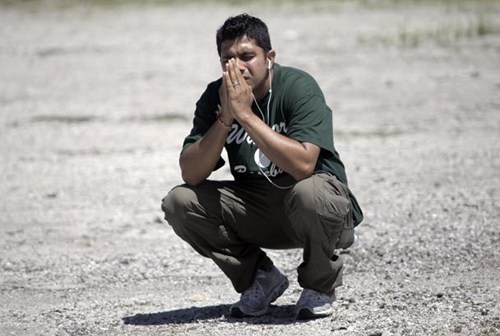 At least seven people are dead, including the alleged gunman, in a shooting at a Sikh temple in a Milwaukee suburb. The shooting is being treated as a "domestic terrorist-type incident," according to Oak Creek Police Chief John Edwards.

Early reports estimated as many as four gunmen, but as police cleared the scene, it became evident there was only one. The first officer on the scene engaged the gunman and was hit several times. He was taken to an area hospital and is expected to survive.

The Oak Creek congregation is comprised of as many as 400 Sikh Indians, and has been a part of the community for many years, with no prior incidents. One member went on record to sum up the feelings of many in the congregation:

Nobody's angry here. We're just confused. Was this a random act? Was this directed at us because of the way we look? 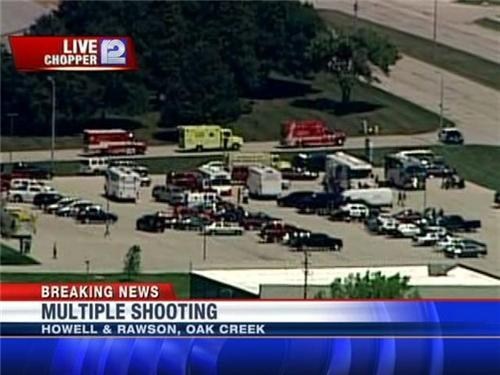 At least four people are dead and many more are wounded in a shooting at a Sikh temple in Oak Creek, Wisconsin. Police have released little information regarding victims or the number of shooters, but scanner reports indicate at least 20 people are wounded while one of the suspects was "put down." Witnesses inside described as many as four gunmen, one of them being a white male with a heavy build and wearing a sleeveless t-shirt.

The first officer on the scene was shot multiple times, and was transported to a nearby hospital. He is expected to survive.