You Saw This Coming of the Day: Octomom Being Investigated for Welfare Fraud 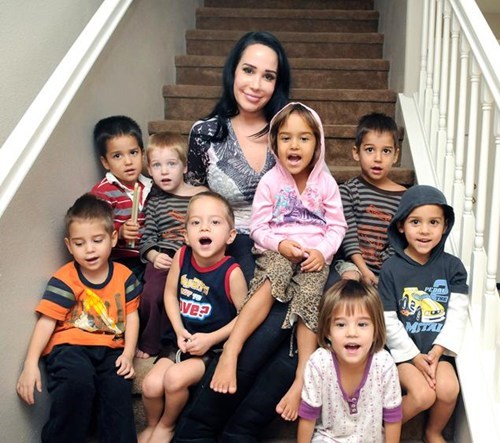 It's been a busy two days for Nadya Suleman, nicknamed "Octomom" for giving birth to octuplets in January 2009. Yesterday, she appeared on Oprah: Where Are They Now where she revealed that her June 2012 pornographic debut was a "liberating and empowering" experience she did to earn enough money to support her 14 children. However, TMZ learned this morning Suleman had allegedly been receiving welfare benefits, including food stamps, despite making nearly $200,000 in 2012. The L.A. County Department of Welfare Fraud Prevention and Investigation have launched a probe into the accusation and if Suleman is found guilty, she will face jail time for up to three years.

Octomom Song of the Day

Outside of popping out a bunch of kids she can't afford to raise, this might be the most disturbing thing yet from the pr0n star-turned-stripper.